Twinning with Millau and Bad Salzuflen 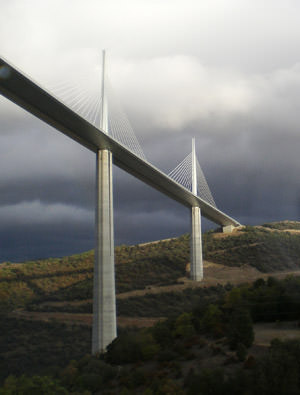 The East Riding's twinning links with Bad Salzuflen provided the starting point for the twinning with Millau, when Mayor Councillor Margaret Chapman was in Bad Salzuflen at the same time as the Mayor of Millau. Millau and Bad Salzuflen had been twinned for many years and this meeting was to be the spark which ignited the interest in twinning Bridlington with Millau.

“We have been twinned with Millau since 1991 and since then, thousands of Bridlington people of all ages have experienced the beauty of our twin town and enjoyed the hospitality offered by our French friends. The Association organises visits for anyone living in and around Bridlington every odd year (2019, 2021 our 30th anniversary, 2023 etc) and welcomes a group from Millau to stay in Bridlington every even year.

As well as organising visits to Millau, we have a calendar of social events enjoyed by our members including Cheese and Wine, Gourmet Nights, Quiz Nights ang Treasure Hunts. We also regularly organise for young men and women from our area to visit Millau on work placements and to live the French life. Similarly, we offer the chance for young people from Millau to do the same.

We welcome families, couples, singles, group and club leaders and to join our Association and you don’t need to speak any French. Millau is a dream for active families, an easy going, safe and stunningly beautiful small town with lots of shops, cafés and restaurants typical of the South of France in an area of outstanding natural beauty. Its rivers offer swimming, canoeing and kayaking and more adventurous wild water sports. Its breathtaking valleys offer walks of all kinds, adventure playgrounds and trails, great off road cycling and even paragliding.

If you’d like any more information about our wonderful twin town, just get in touch with Chris Myers, Chairman of the Association by email chrismyers0807@gmail.com.” 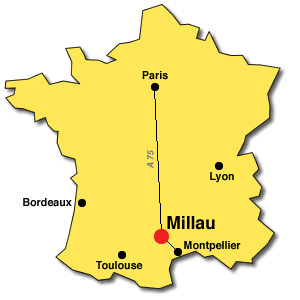 The first visits to Bad Salzuflen, which took place in 1975, were informal and involved the then-Chief Executive – the Mayor of the Borough Council for the year – Councillor Ken Wilson. A group of farmers then visited the following year.

Bad Salzuflen had been recommended to the Borough Council as an appropriate twinning partner by the British Council. Like Bridlington and surrounding areas, Bad Salzuflen is heavily dependent on tourism; it is a spa town which is very popular in Germany.

The twinning was formalised by way of partnership deeds which were exchanged. The first part was signed in Bad Salzuflen in 1979 by the Mayor of East Yorkshire, Ken O‘Brien MBE and the Chief Executive, John H Gibson MBE; the second part was signed at a special ceremony in Bridlington in 1980. The deed was signed by the Mayor, Councillor Normal Hall MBE and the Chief Executive. It was also signed as was the first by the Burgermeister and the Stadt Direktor.

The signed deeds completed the official procedure and the twinning was up and running. Since then, landmark anniversaries have been celebrated in both areas. The 35th anniversary was celebrated in 2015.

Since then, the association has gone from strength to strength. Many lasting friendships have been made over the years. Reciprocal visits between the two areas have taken place over the years since the partnership became official. The pattern has been that the Bad Salzuflen Association and the association here visit every two years. In addition, many organisations have made enjoyable and informative visits, which have without doubt strengthened the partnership. They include the Road Runners, local football teams, farmers, cyclists, and the Bridlington Priory Church Choir. Another partnership benefit has been that a number of young people from both areas have furthered their careers by doing work experience abroad.

Bad Salzuflen is renowned for its health-giving spa waters. It attracts many thousands of visitors from other parts of Germany each year. The Kure Park in the centre of the town is most popular with its concerts, cafés, restaurants, health-given spa waters, lakes, and wonderful walks through the park. It is well worth a visits.

The East Yorkshire Association, as always, will be planning the next visit to the town. Any persons interested in joining the association or who would like more information should call Len Collins on 01262 604960. 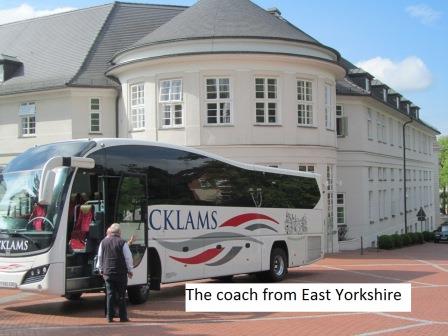 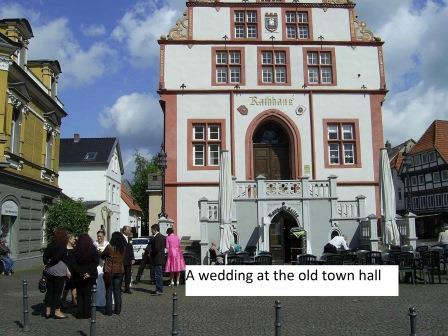 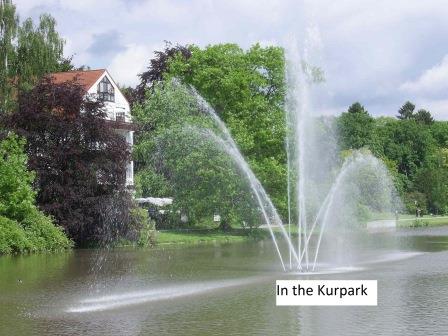 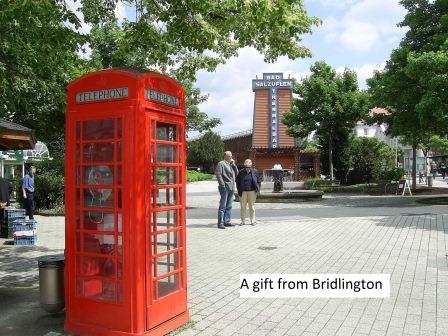